A couple of days later we rode the final leg back to the farm, joined by Gillian's friend Kathy for part of the way.
About to set out from Tatamagouche. L to R Gillian with her Haflinger mare Marigold, me and Lady, Kathy and her part Belgian mare Sylvie .. 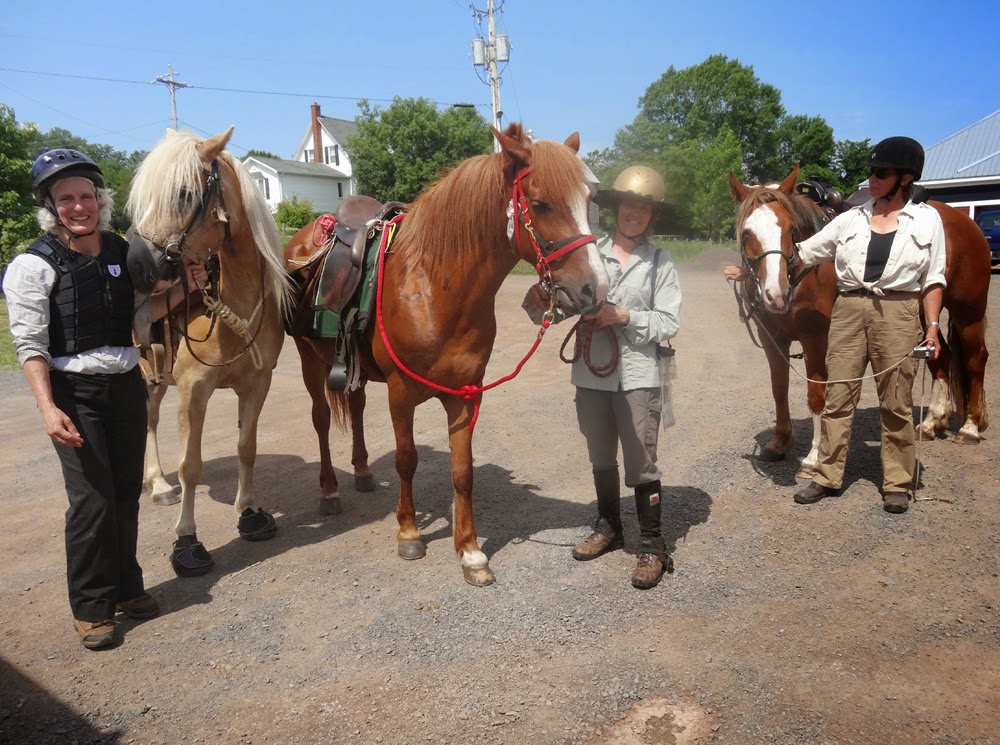 Riding out along the Trans Canada Trail to the north of Tatamagouche. The Waugh River estuary is to the right.
As we have seen, beavers can constitute quite a nuisance by blocking stream outlets under trails and roads to form beaver ponds. The cunning contraption below allows stream water to drain out through the long pipe even when the outlet is covered over with branches piled up by beavers. 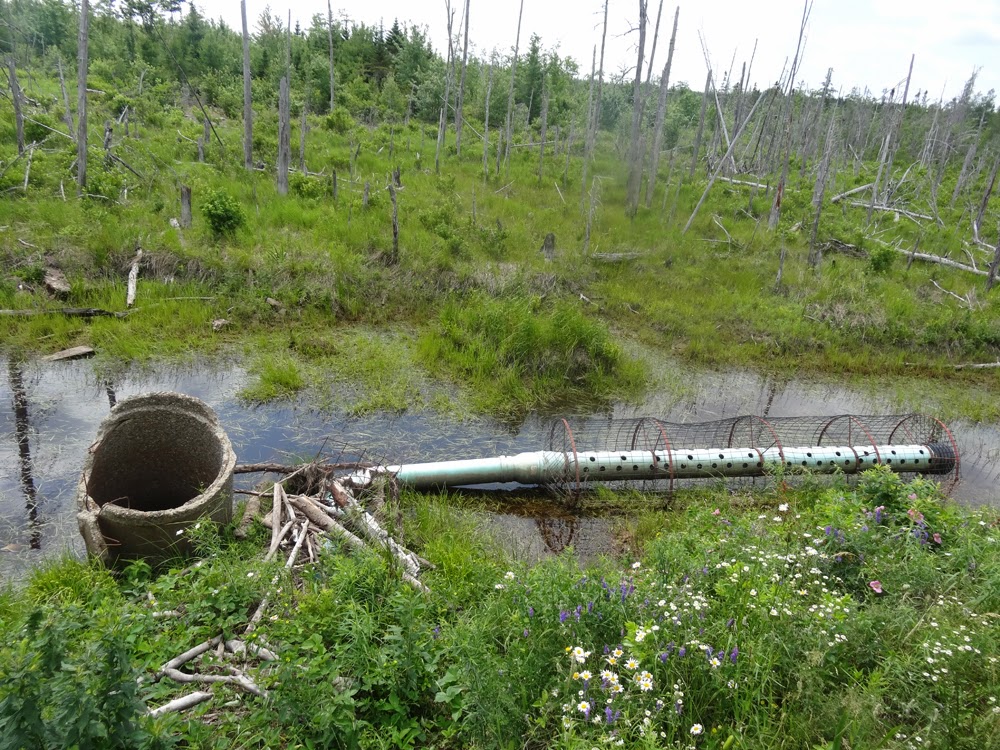 An osprey chick in a nest on the Wallace River trestle bridge eyes us curiously ... 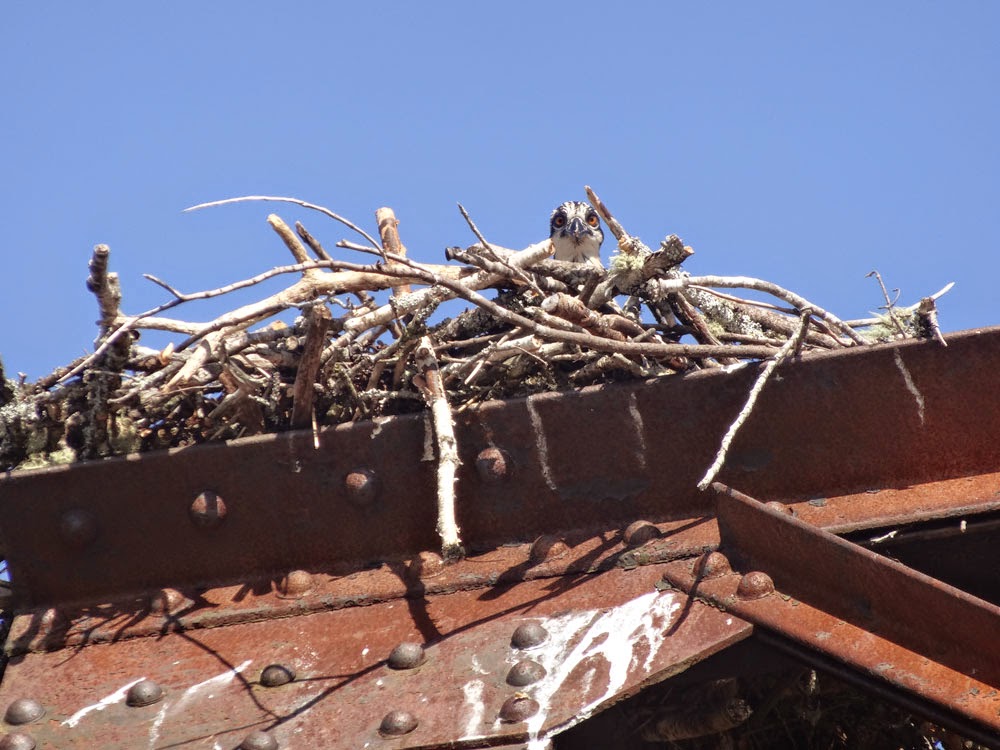 The end of the road for the time being ... 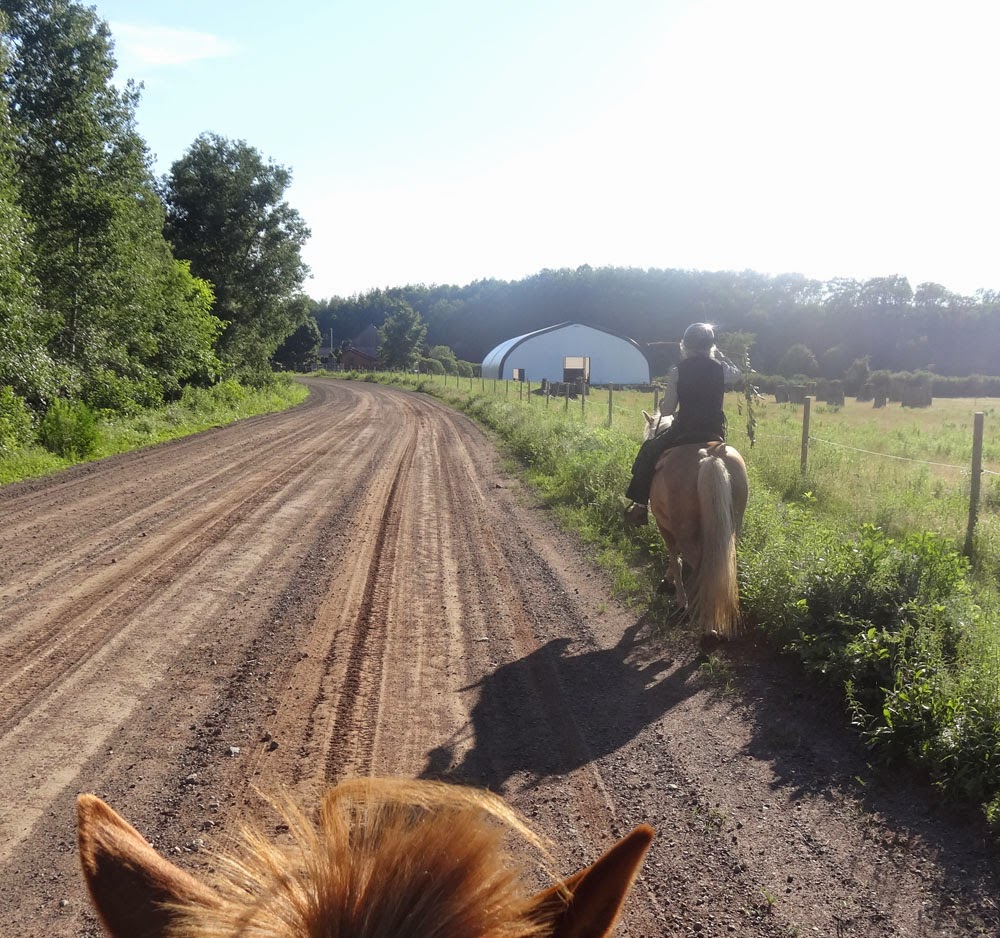 ...arriving at Folly Farm as the shadows lengthen. You can see the white outline of Gillian's indoor school, and the grey shapes of Nigel's stone circle to the right - of which more later.
Posted by Megan Lewis at 11:30 No comments: