It seems Princess Elsa has been on a tour of Eastern Canada, as it has been suffering some terrible winter weather with ice and blizzards.  My Canadian friends have been posting some amazing photos and videos on facebook - this one was taken from a Trans Canada Highway webcam near where I was riding on Cape Breton last July.. 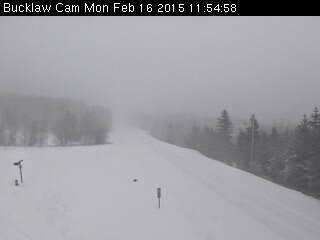 Apparently this was one of the few roads in Nova Scotia that was officially open!

Skating through the streets of Sydney...

... Nova Scotia not Australia of course,  and where I started from when I crossed to the mainland from Newfoundland.   You can tell they are Canadian by their arm extensions, otherwise known as ice hockey sticks.
This all goes a long way to explaining why I am NOT riding in Canada over the winter!

A far cry from this glorious aerial photo posted a couple of months ago by Gillian Allen, showing her idyllic farm in Nova Scotia where Lady spent her summer holiday.. 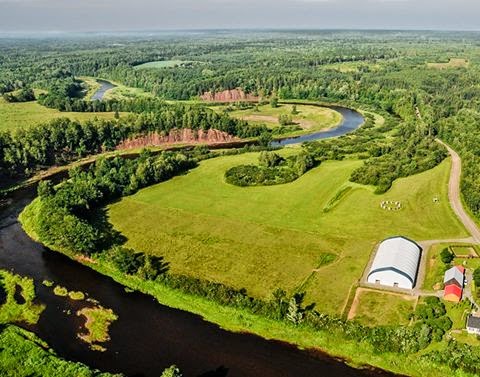 The cold never bothered me anyway.  Lady is living out at her winter quarters near Ottawa, and doing well, as this photo of her sent by Sian testifies.. 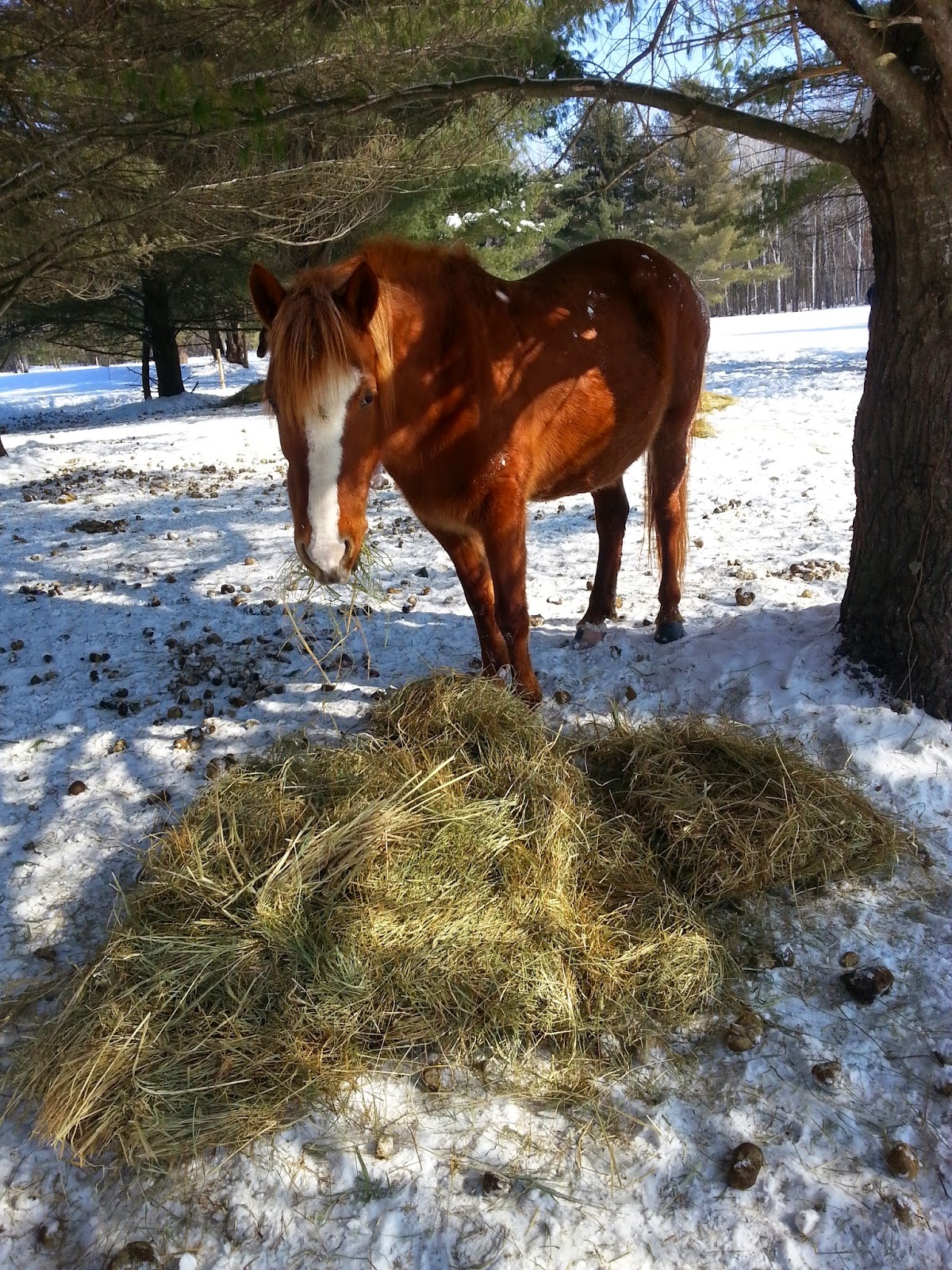 ..though there has apparently been quite a bit more snow since then.
I am unlikely to have trouble starting Lady in the spring, but have been a bit more worried about my truck.. 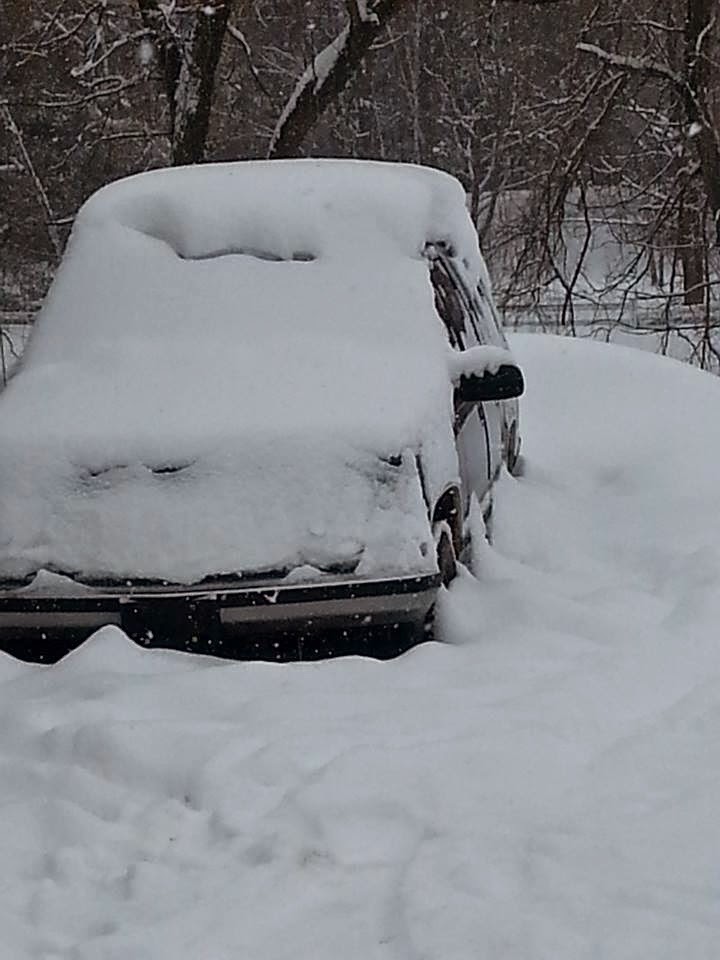 However, Sian tells me it started last week with no problems.
Which brings me to the latest news that I have taken the plunge and booked my flight back to Toronto for April 9th.
Posted by Megan Lewis at 11:34 No comments:

I cannot believe three months has gone by since I last posted on my blog.  I can only plead that it has been an uphill struggle to keep on top of the challenges of everyday life facing me at home - I did not even manage to send out a single greetings card over Christmas!
To recap briefly on how I left things in Canada.     Lady arrived back at Sian Fernarndez-Thomas's  International Equestrian Centre  on November 1st and was soon turned out in a large sheltered paddock with a daily supply of hay and a couple of buddies for company. 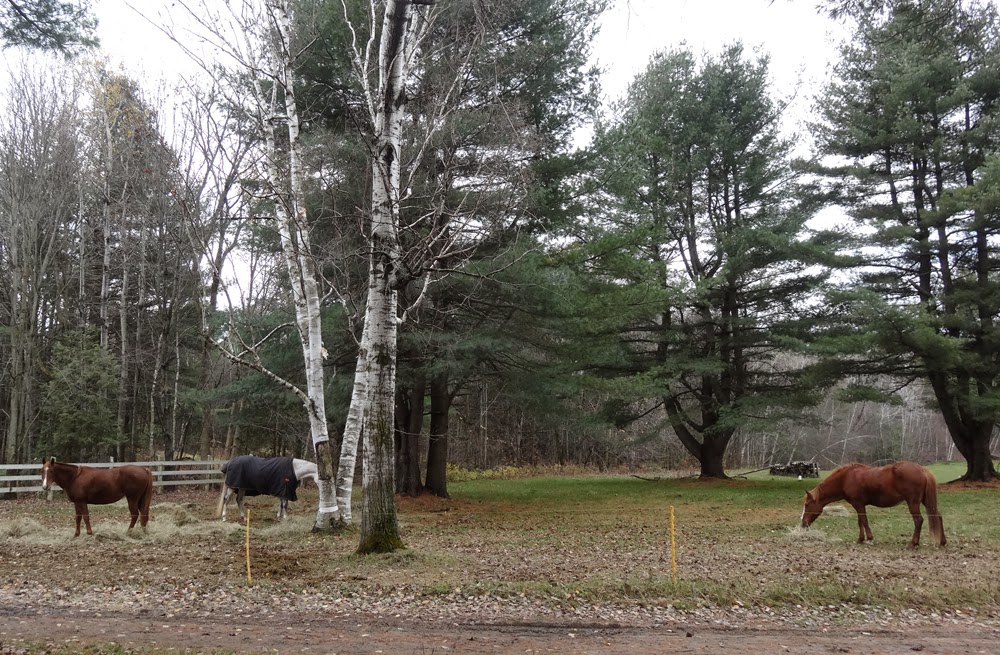 This will be her home for the winter.

I still had a few days left before my flight home from Montreal, which gave me time to sort out and pack away all my baggage.     I had also been a little uncertain about the fit of my Free and Easy saddle on Lady as I felt it was not exactly centred.  I had evidently adjusted it previously to fit a horse with a slightly asymetrical shape and had forgotten to adjust it back. It had not caused a problem, but now was the time to look at it more carefully.  I elicited support from Martin, an Argentian horseman and friend of Sebastien helping out at the centre over the winter, and he soon set to work with a spanner .... 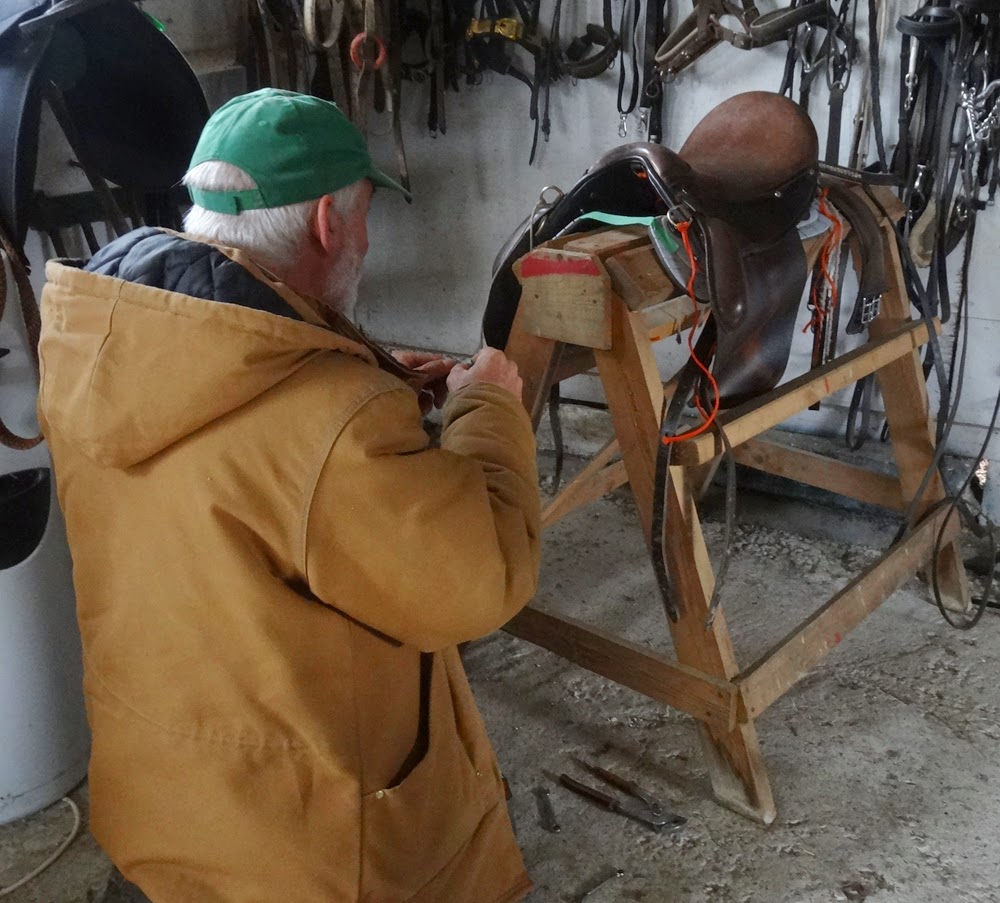 ...so I now have a beautifully centred saddle.
The great joy of Free and Easy saddles is the ability to adjust them to fit different horses, though the general shape and broad panels mean that they fit most horses with little adjustment.  They are made of top quality leather and are incredibly robust - mine have had minimal care and have suffered extremes of temperature including storage in sub zero temperatures over winter, not to mention one surviving being run over by a lorry (though admittedly it was a trifle flatter afterwards!).  They are also very comfortable for the rider.
For those of you who speak Spanish, Martin has an interesting facebook page pertaining to things equine at https://www.facebook.com/pages/Si-te-gustan-los-caballos-Mart%C3%ADn-Hardoy/115526218492852

Reload - Fire!    Sebastien cuts up firewood for the stove while Captain Benson of the seventh cavalry (aka son Lucas) keeps the Sioux at bay from his plastic chair - apparently this is OK if you are only six.............. 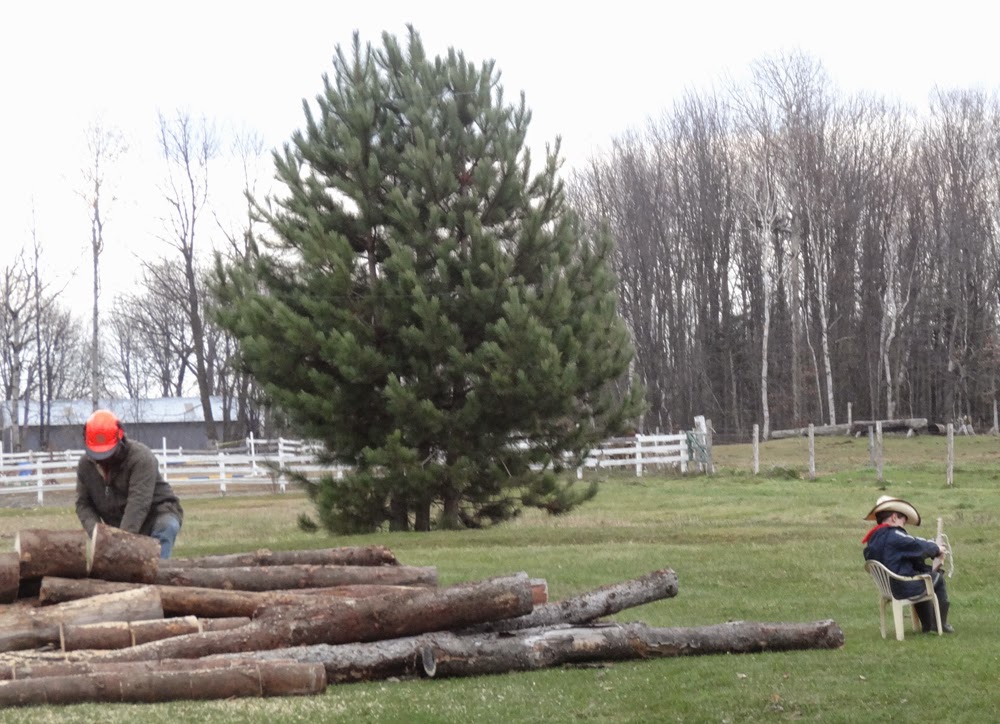 Potential patricide?    I would be a little worried if that was a real gun .... 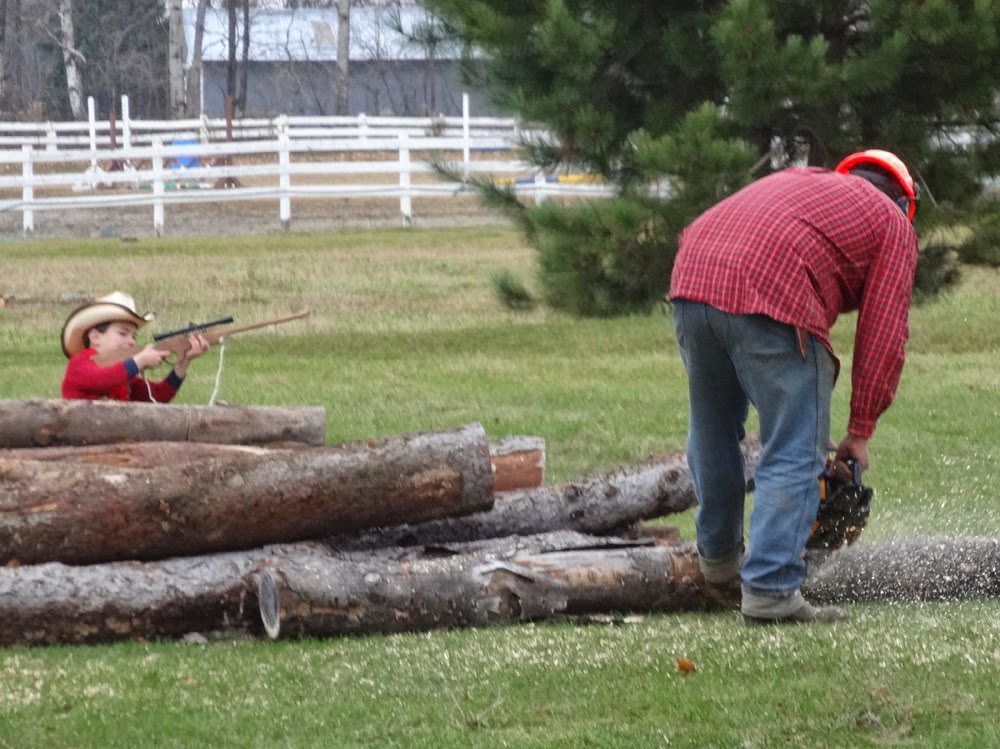