Sunday May 17th and it was a morning's ride to Peterborough.  We were not held up by the beaver ambush.... 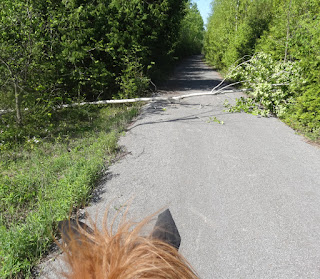 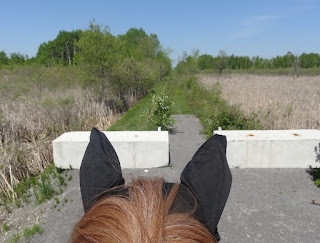 ...and once in Peterborough Lady had to accede to the attentions of her many fans... 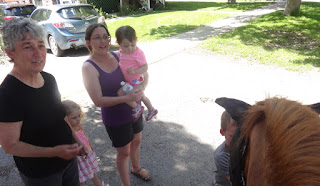 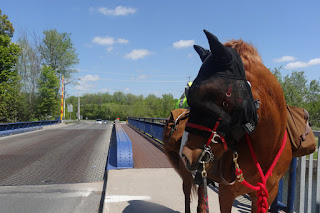 ..but eventually we found ourselves on the trail out of town meandering through Jackson Park. 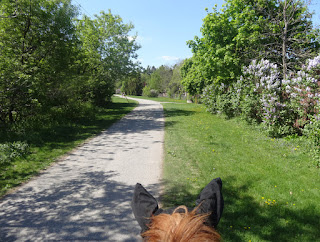 I managed to find a barn near the trail (thank you Lydia and Russell) though the insects were troublesome both inside and out and I ended up huddled down in my sleeping bag under the stars again. 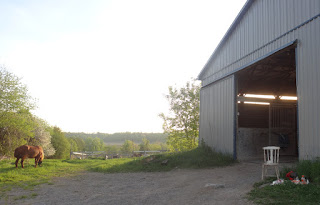 Monday 18th and incidentally Victoria Day in Canada, which rather oddly celebrates Queen Victoria's birthday - I suppose it is any excuse for a knees up with the Canadians. 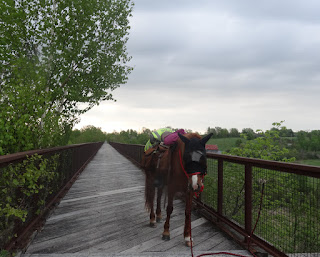 It is 200 metres long (apparently reduced from 500 metres by filling in) and is suspended 29 metres above the Buttermilk valley, offering panoramic views to those without a fear of heights - I tramped across with head down and eyes firmly on the planks.
It was another hot and muggy day, so it was great to find this idyllic lunch spot at Reaboro with covered picnic area out of the sun and even a portaloo! 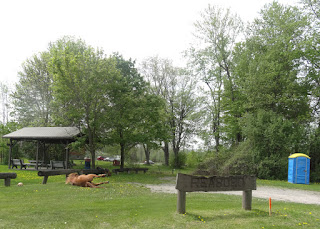 Spring blossom on the trail... 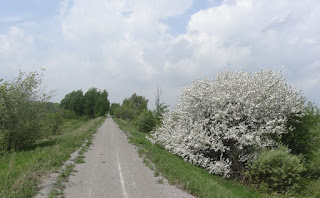 An interesting challenge to negotiate these gates in Lindsay with saddle bags.. 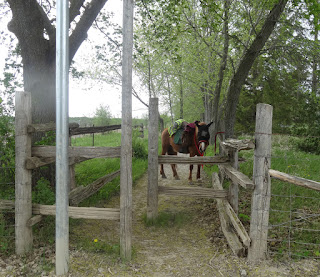 After a long hot and sweaty day I was relieved to find somewhere to stay at last when I noticed a neat barn with a horse head weathercock and well kept paddocks.   Shane Warner used to breed and compete barrel racing quarter horses but sadly had to sell them due to a stroke. The spotlessly clean barn was now used for storage, but wife Gladys cleared a space for a lounger to put my sleeping bag on.  I eagerly accepted the offer of a shower, cup of tea and sandwich, and enjoyed a good horsey chinwag with Shane. 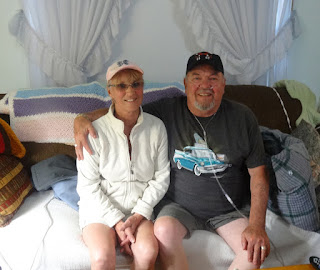 Lady had use of a large grassy paddock, but the mosquitoes came out in force that evening, and I was thankful Gladys had said I could bring her into the narrow central alleyway in the barn. When I opened the door I was hit by a tremendous buzz of insects and this lasted until well up to midnight.  By then there was also a bit of a breeze and the mosquitoes abated enough for me to turn Lady out again.
Posted by Megan Lewis at 06:20