2nd May  Riding away from the canals I now started to tap increasingly into the network of Grand Randonnee or long distance public footpaths which cross France, and I found I was able to ride through some stunning unfenced countryside of field and forest.
Cross near Loxeville. 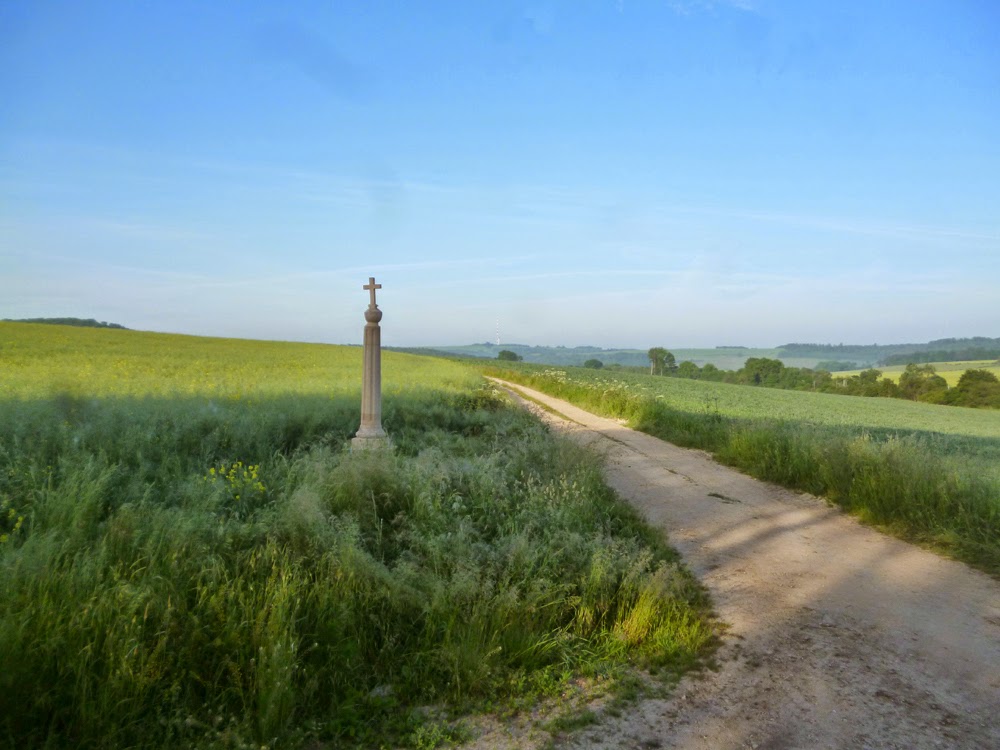 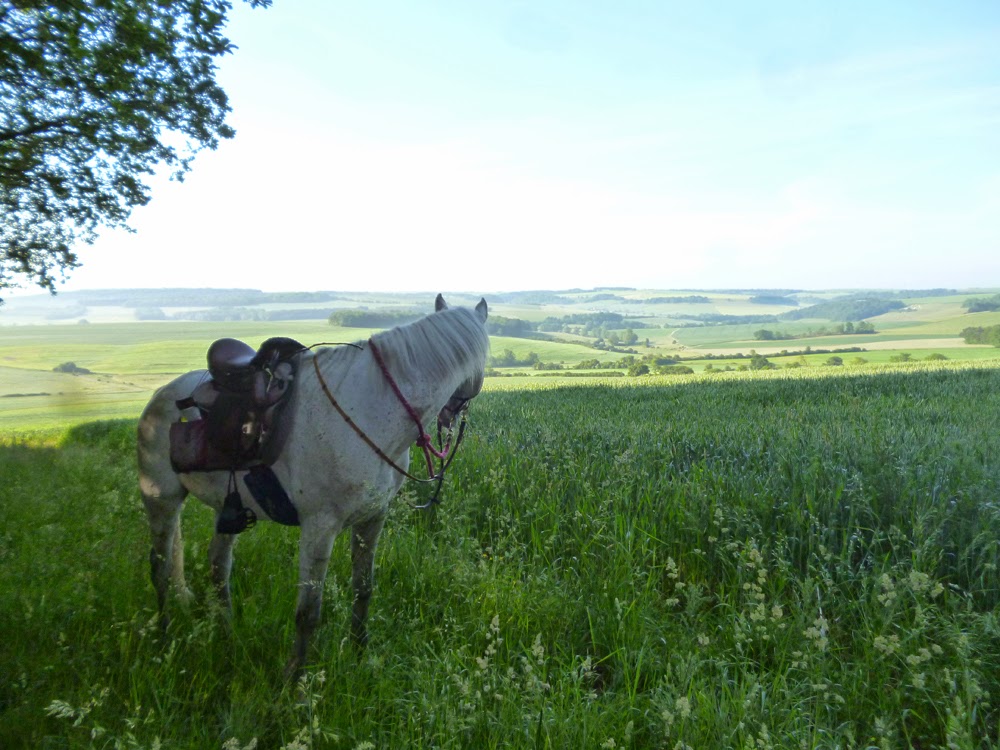 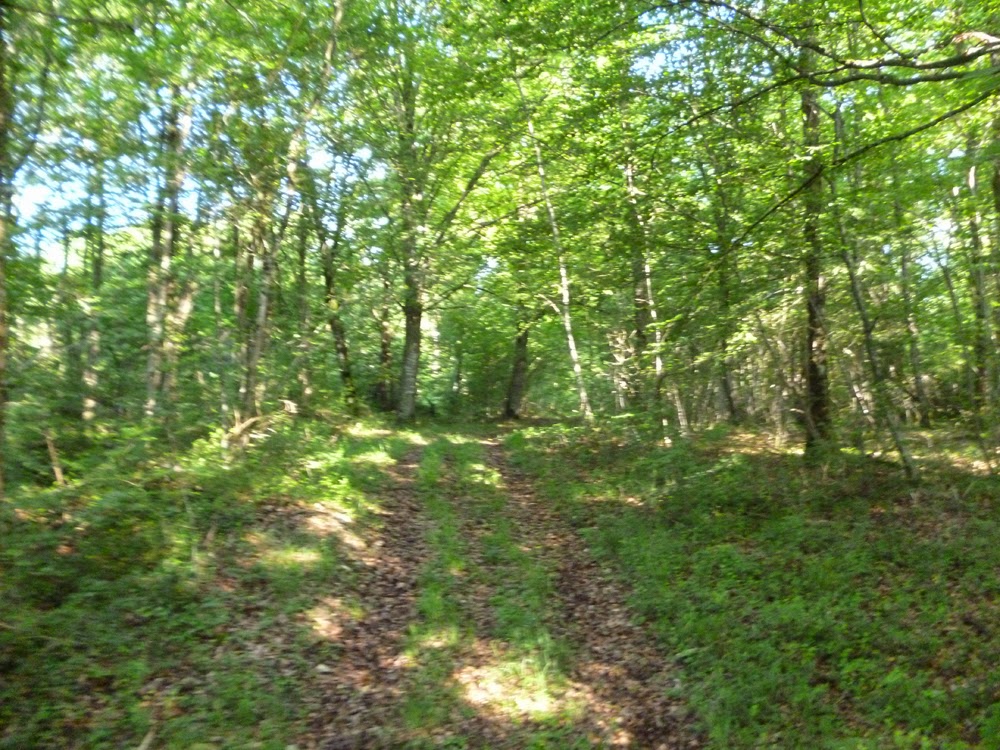 This demoniac pair must be the scariest scarecrows I have seen in a long time. 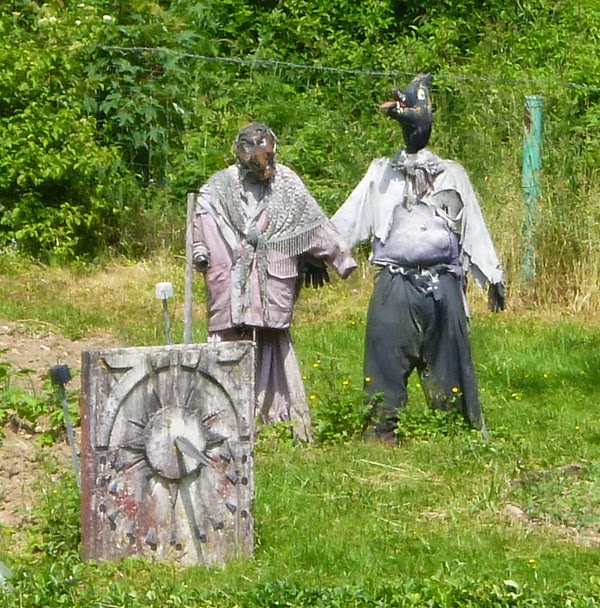 No wonder their neighbour sees fit to arm himself gladiatorial style.... 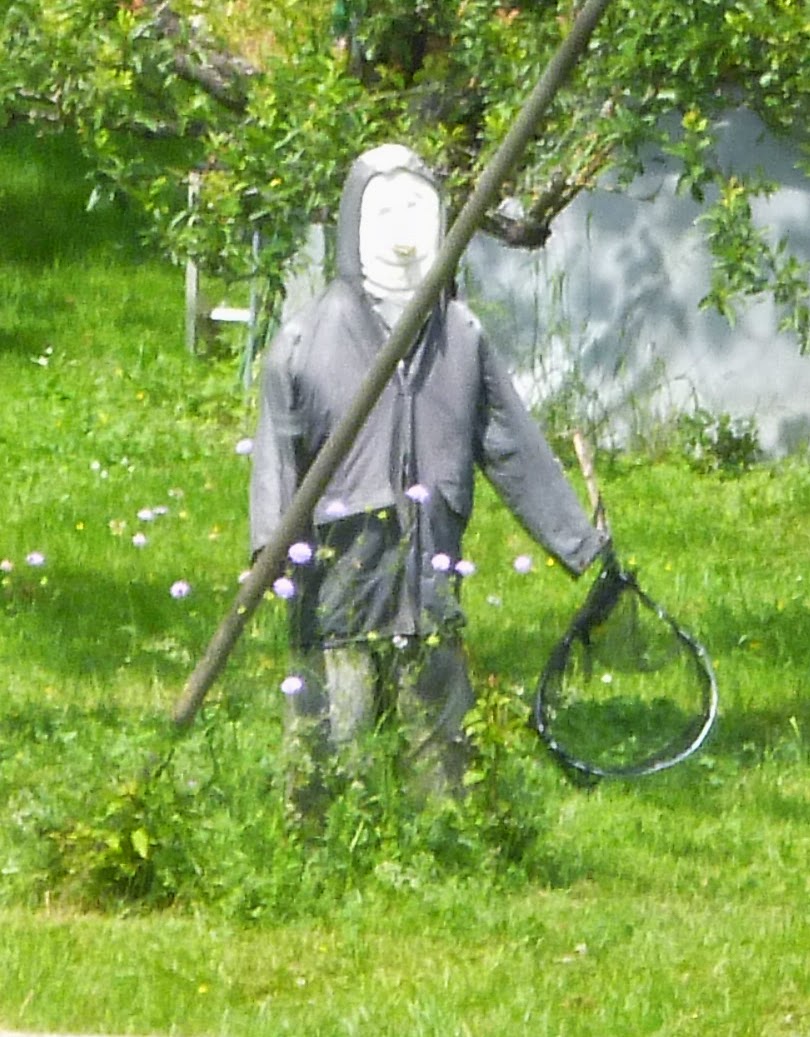 At Bar-le-Duc I met up again with the Rhine-Meuse canal and decided to follow it rather than the more cross country GR14 (Grand Randonnee 14) which is one of the major long distance footpaths crossing France. 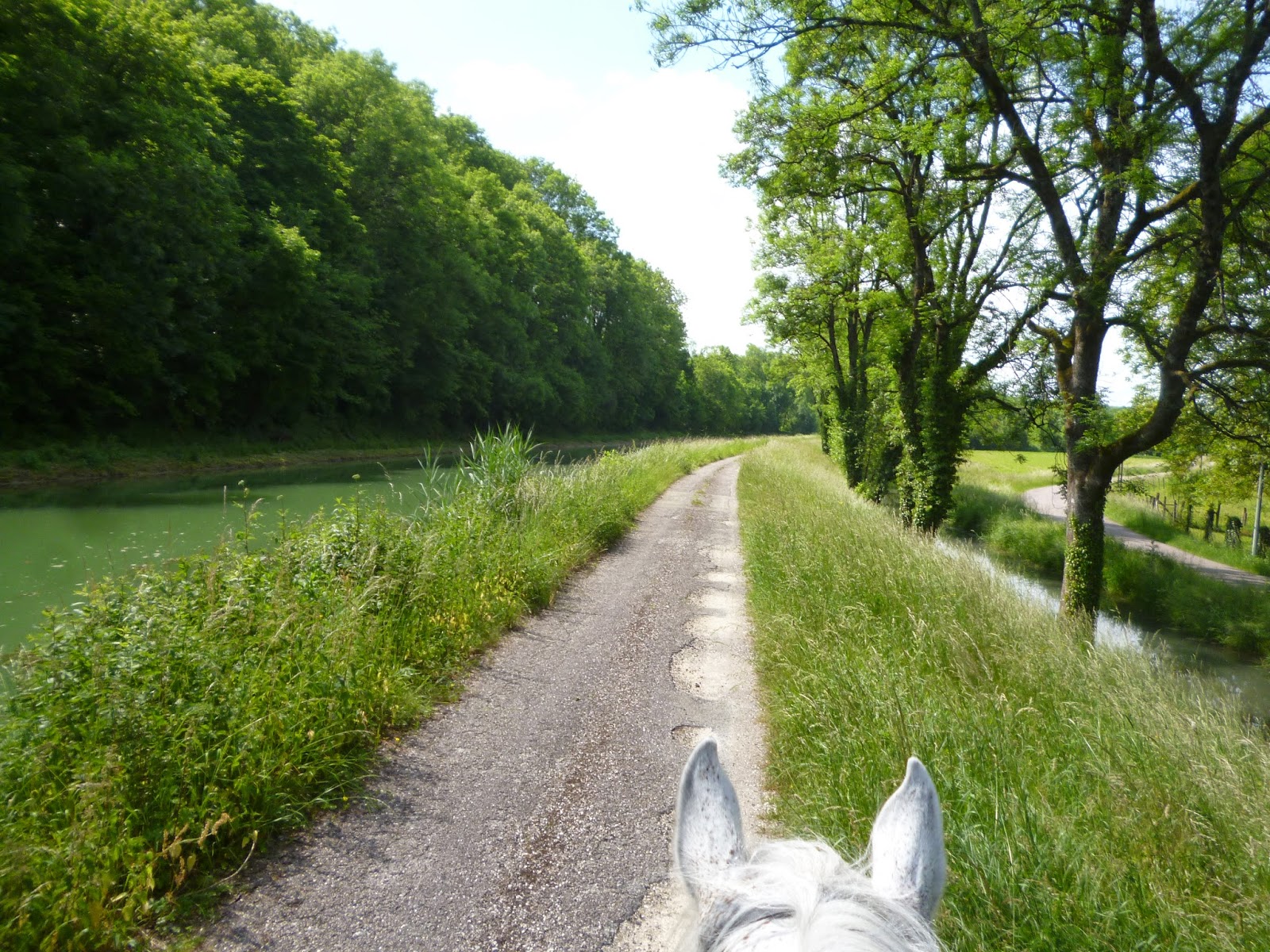 ..and Zorbee was fascinated by the fish which swam in it here..... 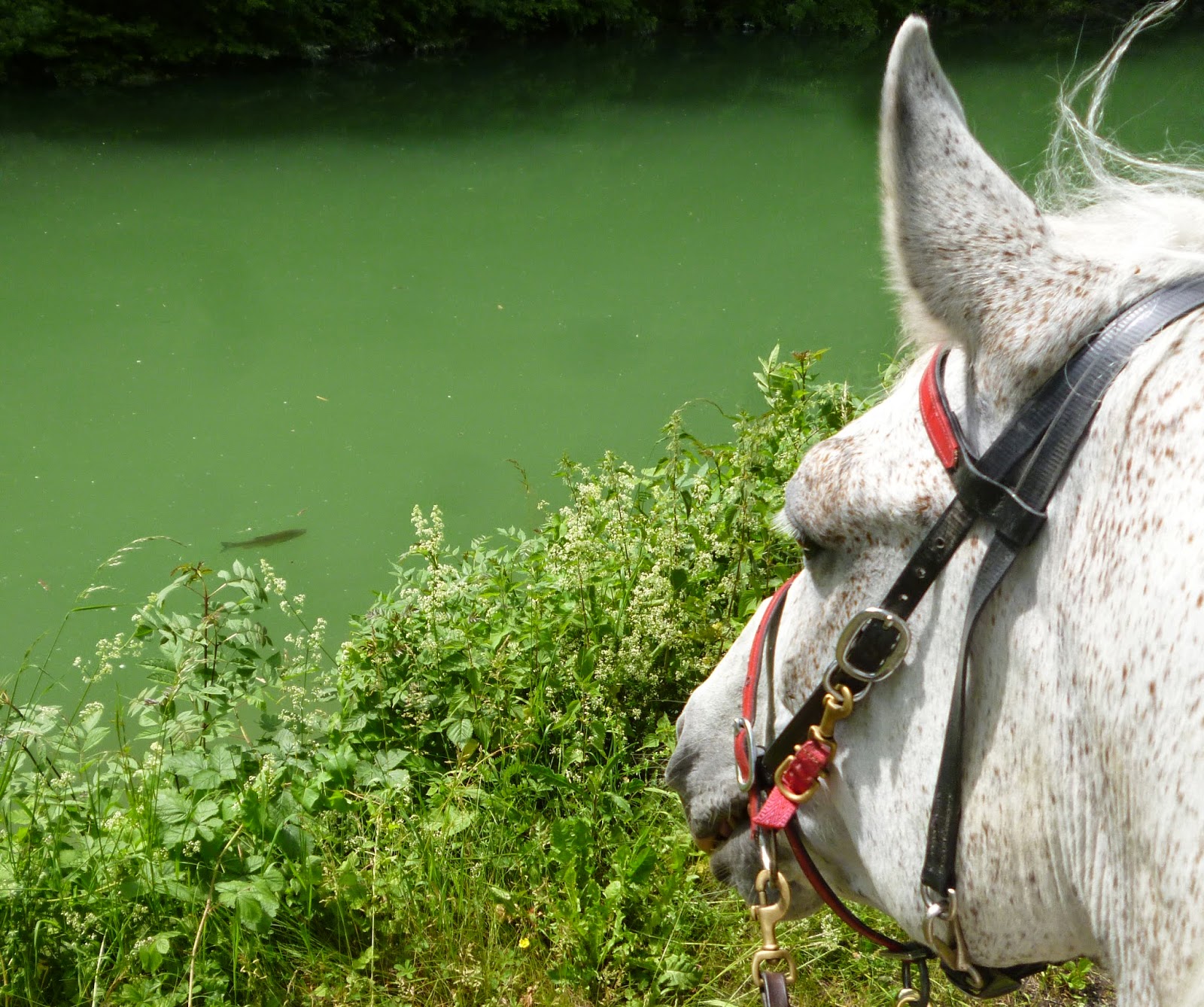 The horses spent the night in the garden of an abandoned lock keeper's cottage near Contrisson, and on June 3rd Zorbee and I continued along the canal, breaking away to cross the Saulx river near Bignicourt-sur-Saulx (another one bites the dust!) and follow a smaller GR. 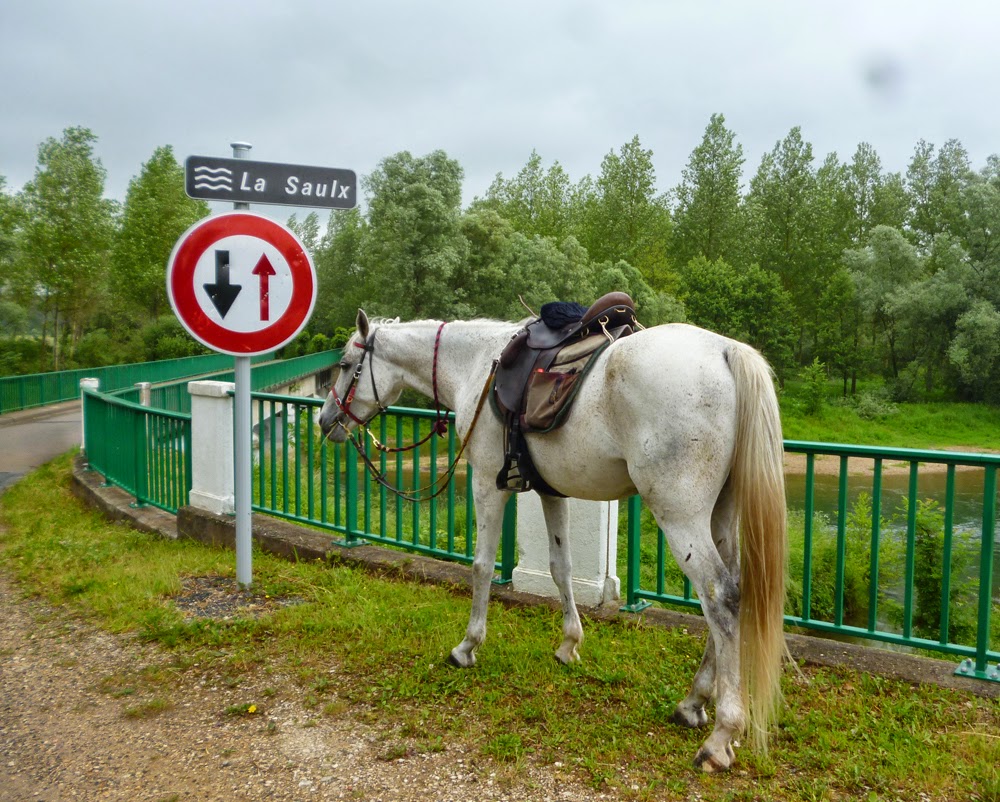 Though by and large the GR are well marked and maintained, sometimes they present a challenge - I ploughed through this jungle near Bignicourt and eventually managed to get back on track again........ 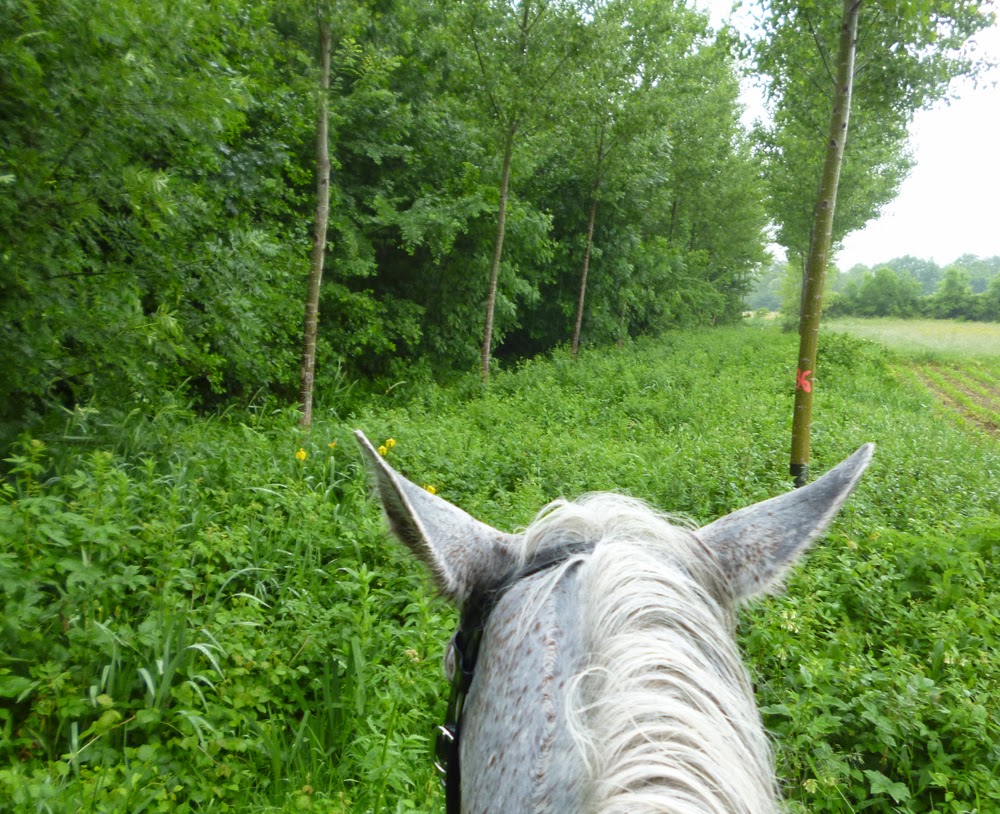 ....though in fact this was a GRP or Grand Randonnee de Pays, more localised paths which are not always so well maintained.
Later on I joined GR14 for several miles.. 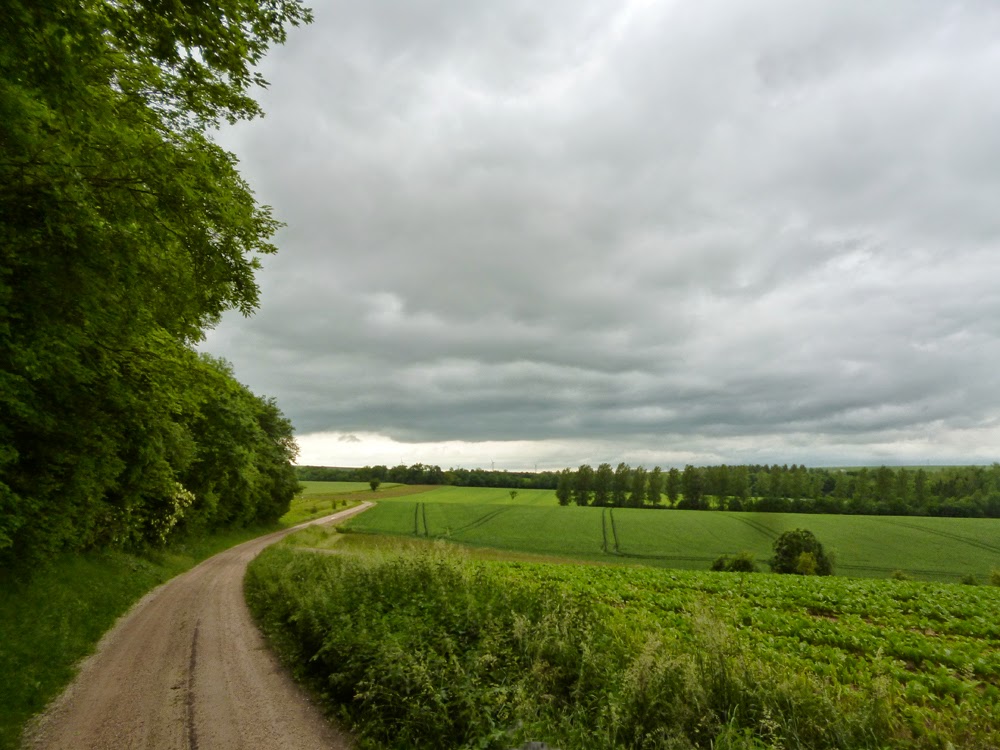 ..coming down into the Marne valley at last and camping by the river at Pogny - the mosquitoes were so bad that we had to retreat onto a old railway siding away from vegetation, and cover the horses with rugs and masks. 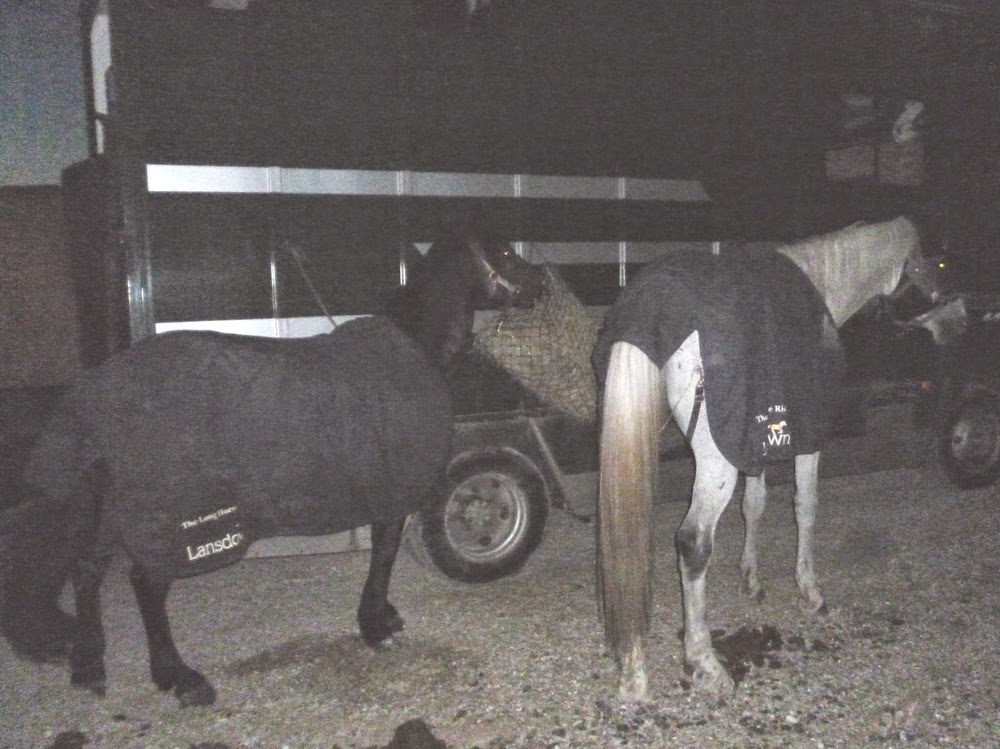